Brave Ben, our miracle boy, is celebrating his 10th birthday today. His grandfather and I were unable to be with him this year, but we hope he has had a wonderful day. It has been almost 6 years since his life-saving brain surgeries, and we thank God every day for this precious young man.

Even though we were not able to help him celebrate, we’ve enjoyed the photos his mother took this morning…

Here’s what his mom wrote about him today…

Happy 10th birthday to my miracle boy! You have a heart of gold, the size of Texas. You’re spunky and silly, and 💯 percent all boy! I’m over the moon proud of you and the young man you are becoming. The last 10 years have flown by and I’ve watched you grow in so many ways. You are brave, strong, fiercely patriotic, and love the Lord, not to mention almost looking me in the eyes now!! I love you to the moon and back Ben, and no matter how tall you grow, you will always be my little boy!

As always, many thanks to everyone who has kept Ben in your thoughts and prayers over the past six years.

Ben’s mom posted this on her blog. Ben finally got a quarantine haircut!

The governor of Georgia is beginning to relax the requirements for sheltering in place. Now, while I’m not ready to go out to eat, or sit with 20 other ladies at a nail salon, my husband and son did venture out for much needed hair cuts. They were the only people in the small salon, other than the hairdresser, and the door remained locked during their visit, and other cleaning protocol had taken place.

I had strictly been forbidden to try at home cuts. My husband said we didn’t have the right kind of sheers. I’m really not sure if that was the case, or if we could have made do, but I was not trusted! Lol. Either way, they didn’t happen while at home over the last 6 weeks (I think).

Here’s my little cutie with a fresh cut. The first two are a before and after. On one…

Like other kids all around the world, grandson Ben is doing “virtual school” during this time of COVID-19. But when he’s not doing school work or watching TV or spending some time outside, he is enjoying doing science experiments, with help from his dad. His mom has been recording them, and Ben is uploading the videos to his own channel on YouTube.

Hi, I’m Ben! I love all sports, science, and fun games. Come check out my channel! If you love my videos, make sure to click like and subscribe!

So far Ben has uploaded videos of two science experiments: How to make a homemade lava lamp! and How to make fire in a bottle!

Have a look, and if you have a child or grandchild who might be interested in doing these experiments at home or may just want to see how they’re done, let them have a look, too. Ben will be uploading more videos as time goes on.

I can’t believe it’s been so long since I posted an update about grandson Ben. He’s doing great! He played soccer in the Fall and now is playing basketball. He’s enjoying school and church activities. And it will be three more years before he has to return to New York to be checked out by Dr. B., his pediatric cerebrovascular specialist!

Speaking of school, today was the 100th day of school for this school year, and it has become something of a custom here for schoolkids to dress up as 100-year-old adults. Here’s Ben as a 100-year-old man with an aching back!

As you can see, Ben recently had his hair cut and is no longer wearing it long. His mom took before and after photos when he first got it cut.

We can hardly believe our miracle boy is over half-way through 4th grade. As always, many thanks to everyone who has kept Ben in your thoughts and prayers over the past five years.

Another summer has flown past. Ben had a number of adventures, brought home a new puppy, and now is back to school.

While on vacation with his dad’s family at the beach, Ben was able to take an exciting side trip to see the Blue Angels, sit with his mom and dad on the flight line during their practice, and meet the pilots.

The second oldest formal aerobatic team in the world, the Blue Angels is the U.S. Navy’s flight demonstration squadron. They participate in over 60 air shows a year and are viewed by an estimated 11 million spectators. Ben was able to watch them and visit with the pilots at their home base in Pensacola, Florida.

A new puppy has joined the family, a French bulldog named Bella. Ben picked her out soon after she was born and chose her name, although he had to wait for several weeks until she was old enough to for him to take her home.

The new school year began on Thursday. (I still think that’s crazy, but no one asked me!) Ben, who is now 9 years old, is beginning grade 4. He is almost as tall as his grandmother (that’s me), and he is already wearing men’s size shoes. On his first day in grade 4, he posed for photos with his mom and dad.

We can hardly believe our miracle boy is beginning 4th grade. As always, many thanks to everyone who has kept Ben in your thoughts and prayers over the past five years.

Ben wrapped up the school year with an award for academic achievement and the wonderful accolade noted in the title of this blog post. He also was chosen to represent all students in Grade 3 in making a special presentation to the school principal who is retiring now that the school year is over. Needless to say we are very proud of him.

A few other photos from his special day, including one with his teacher…

Waiting to receive his honors…

Recognition and a hug from the school principal (he’s as tall as she is!)…

And celebrating the end of the school year with his mom and with his friend B. who he has known since preschool…

As always, many thanks to all who have kept Ben in your thoughts and prayers since his surgeries five years ago.

“Remember to celebrate milestones as you prepare for the road ahead.”     (Nelson Mandela)

And boom! Just like that our miracle boy has turned 9, has just completed his first state-mandated round of end-of-grade standardized testing in school, and by the end of this week will have completed grade 3. But the most important milestone marks 5 years since his diagnosis and surgeries.

When he was only 3 years old, grandson Ben was diagnosed with dural arteriovenous fistula, a rare vascular malformation in the brain. Just after his 4th birthday he underwent two back-to-back brain surgeries to repair the fistula, and the following year was again in a life-threatening condition that required a third surgery. We view the medical care he received and his recovery as nothing short of miraculous.

He has become quite a young man: very bright and excelling academically, a baseball/soccer/basketball/ playing – rock climbing sportsman, a wonderful son to his parents, grandson to us and his paternal grandparents, and cousin to his multitude of cousins. But most of all he is a kind, compassionate, loving person. We couldn’t be prouder. 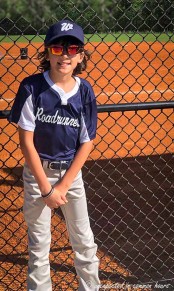 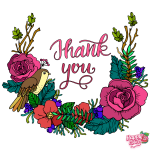 He’s doing great, enjoying school, and is active in youth activities at his church. He just completed another round of physical therapy sessions and has a new “boot” which he wears on his left leg at night. But the best physical therapy he can get is sports, and he is a star player on his basketball team!

Thanks to everyone who follows Ben’s progress, and thank you for all your thoughts and prayers for our miracle boy.

A young man of good character.  What parent or grandparent could ask for more?

Grandson Ben was honored recently at school in a “Blue Carpet Rocket P.R.I.D.E. Rally” for exemplifying Peace, Respect, Integrity, Discipline, and Excellence.  (Blue carpet because his school colors are blue and white, and Rocket Rally because they are the Westside Rockets.)

We couldn’t be prouder of our miracle boy!

“Good character is not formed in a week or a month. It is created little by little, day by day. Protracted and patient effort is needed to develop good character.”  (Heraclitus)

Grandson Ben, 8-year-old miracle boy extraordinaire, is playing soccer this autumn after a year’s hiatus from the sport.  Last year he opted not to play soccer and concentrated only on basketball and baseball.  But he’s back on a local soccer team, enjoying it, and scoring goals!

We are so grateful that our little guy (who underwent three brain surgeries at ages 4 and 5) continues to love and excel in sports.

Please join our family in sending out healing thoughts and prayers for another little boy, named Levi, who has been in the hospital for almost three months now suffering from the same problem Ben had, arteriovenous malformation in the brain.  Levi, who is 10 years old, unfortunately had no symptoms and was not diagnosed until he experienced a severe brain bleed. His condition was touch-and-go at first, but he is now doing much better, although the prognosis for full recovery is not good.