Almost a year and a half ago Ben, who was only 4 years old at the time,  was given his chance of a lifetime to run for a touchdown with a high school football team.  We were humbled and amazed at everything the team did for him, and Ben’s story appeared in newspapers, on television, and on websites worldwide.

Having undergone two surgeries for a vascular malformation in his brain, Ben would undergo one more after his football experience.  His condition had been life threatening and as a result, our little guy never will be able to play American football.

It was in May, 2015 when Ben ran for the touchdown, and it was in August, 2015 that his story became more widely known.  So imagine my surprise when one of my former students sent me this yesterday.  Television channel 2 in Atlanta featured Ben’s story in their sports blog three days ago!

I have written a number of blog posts about Ben’s football experience.  If you are a new follower and are interested in reading more, here are the posts.

The Touchdown of His Life 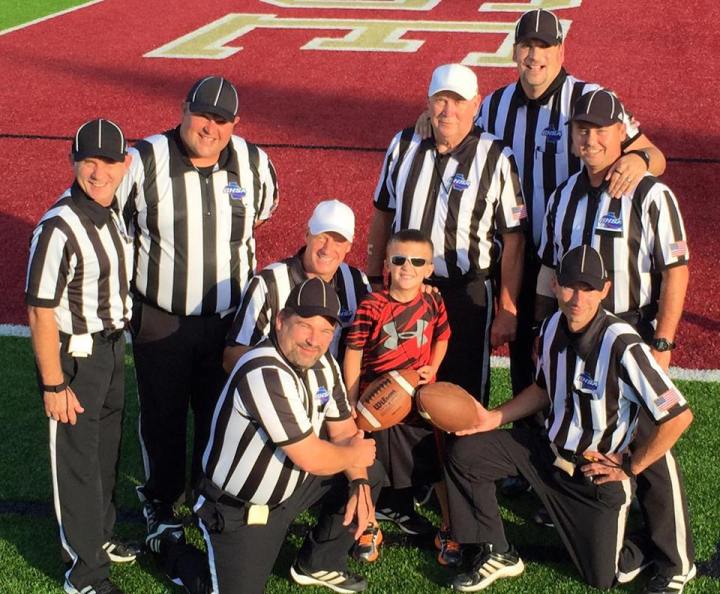 Ben’s Football Video: Going Viral?, posted after we became aware of the MaxPreps video that was online

A Television Interview With Our Little Trooper, posted after Chattanooga, Tennessee TV station Channel 9 interviewed Ben (click on the link to actually see the interview) 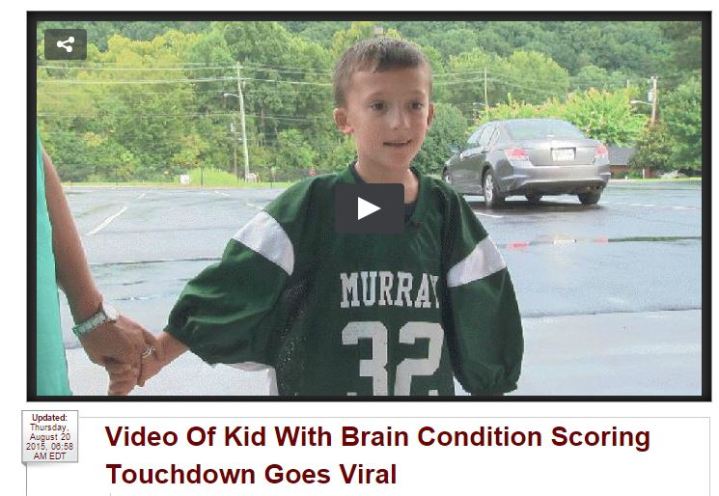 Some Great News For Our Little Celebrity, written after we became aware that Ben’s story was touching people around the world

It is amazing that after all of this time Ben’s story is once again making the rounds.  Thanks to all who have told his story, to all who have stood by the family with prayers and support, and to all who read my blog and keep Ben in your thoughts and prayers.

3 thoughts on “Our Little Trooper Continues To Inspire Others !”